They Made It! The American Oarsmen are now Guinness World Record Holders 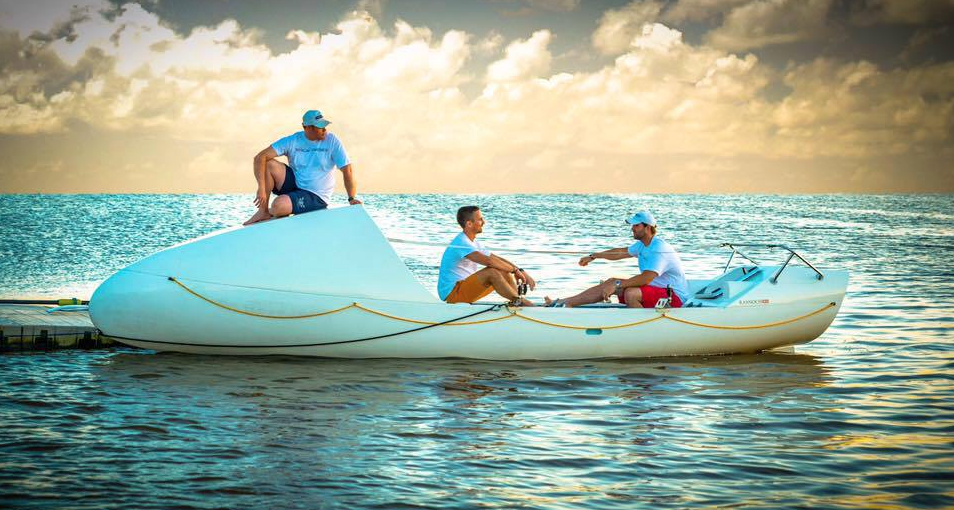 SR Max® provided the American Oarsman with our Hatteras clogs to travel across the ocean along with some promo items and swag to assist them on their odyssey. We have been following their journey on Twitter and other social media channels. We felt the 2016 Talisker Whisky Atlantic Challenge was a perfect opportunity to support a remarkable adventure, which also benefits so many worthy charities. The American Oarsmen’s charities included the Cure Alzheimer’s Fund, Teach for America and the Anne McCormick Sullivan Foundation.

Overall, twelve teams competed in the challenge. Every single team was an inspiration. On December 12, 2016, the American Oarsmen left La Gomera (of the Canary Islands) for Antigua in the Caribbean traveling in an ocean double scull. Carrying all of their own food and water, they trekked across the waves undaunted on their mission. After 49 Days, 14 Hours, 4 Minutes and 20 Seconds, Mike, David and Brian of the American Oarsmen completed their 3,000 mile rowing adventure across the Atlantic. Along the way they earned 2 Guinness World Records for being the FASTEST and the FIRST three-man crew to ever row the Atlantic Ocean. They became the first Texans to ever row an ocean. They became the first Admirals in the Texas Navy on the High Seas since 1846.

The American Oarsmen survived storms, massive waves, sleep deprivation and extreme fatigue. They also witnessed countless dolphins, whales larger than their boat and a 700+ pound sea turtle! Meanwhile they raised awareness to help construct Houston’s first rowing boathouse on the banks of Buffalo Bayou for the Rice University Rowing Club. Not to mention they honored the memory of a fallen Houston heroine: Firefighter Anne McCormick Sullivan with the Houston Fire Department. The SR Max® Hatteras was with them every step of the way! The American Oarsmen finished the race in fourth place. We’d like to congratulate Latitude 35 on their epic, record-breaking win. For more on the teams visit: https://www.taliskerwhiskyatlanticchallenge.com/the-teams/ navigate around on this site for info on the rules, the boats and the journey.

Show Your Feet Some Love: Our Best Remedies for Your Aching Feet